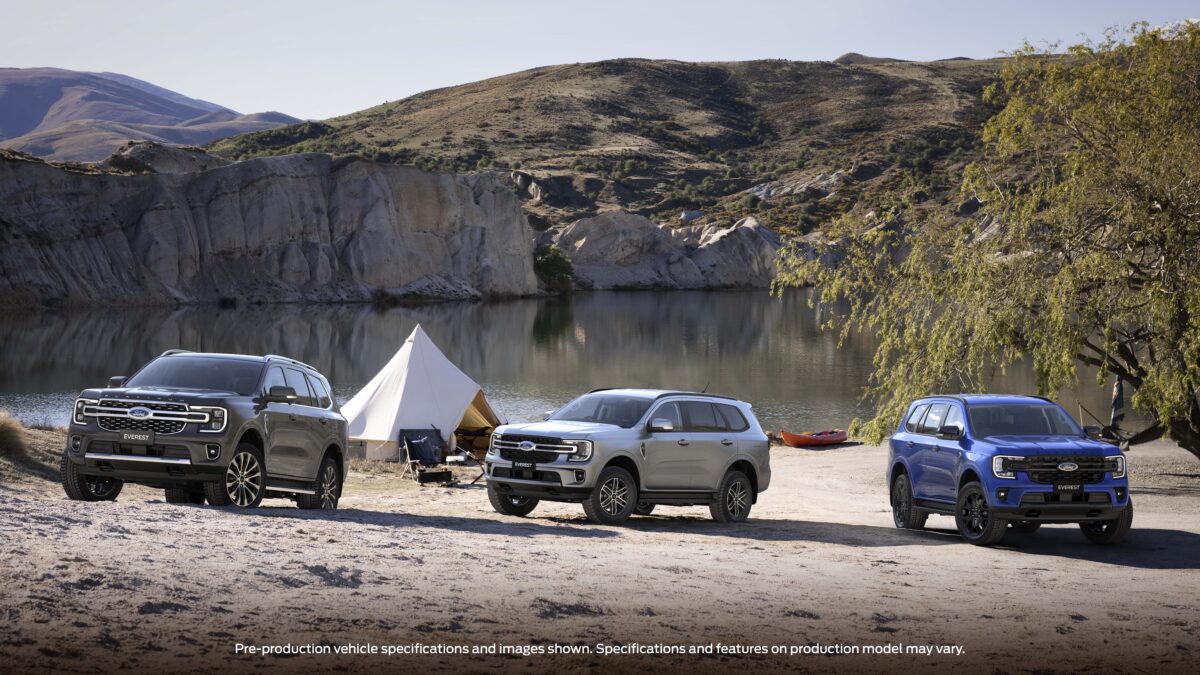 A fundamentally overhauled new-generation Ford Everest has made its global debut clothed in butch sheet-metal and powered by a benchmark 3.0-litre V6 turbo-diesel engine.

Like the outgoing model, the new Everest is an Aussie-developed member of Ford’s versatile T6 family, along with the incoming new-generation Ford Ranger ute with which it shares a significant amount of specification including the front two-thirds of its ladder frame, drivelines and a massive upgrade in cabin technology.

The exterior design of the 2022 Ford Everest is highlighted by the same C-clamp headlights as the new Ford Ranger, a pronounced shoulder line and a squared-off rear-end that eliminates what Ford designers called the old model’s boat-tail.

The squared-off body and some interior “efficiencies” are claimed to release more passenger and luggage space.

Seat designs are new and the company proudly points to interior details such as the iPad holder in row three and ‘apple catcher’ in the luggage area as evidence of its attention to detail.

Ford has endeavoured to lift the quality of interior trims, while key interior tech upgrades include the choice of 8.0- and 12.4-inch digital instrument clusters and giant portrait-style 10.1- and 12.0-inch infotainment screens operated by Ford’s latest SYNC 4A operating system.

Apple CarPlay and Android Auto are standard and there is wireless smartphone charging.

A critical mechanical improvement is the 3500kg braked towing capacity for all Everest models, up from 3100kg for 4x4s and 3000kg for 4x2s currently.

A tow haul function has also been added to the Terrain Management System that includes the ability to test trailer lights singlehandedly.

This article originally featured on carsales.com.au and can be viewed here.